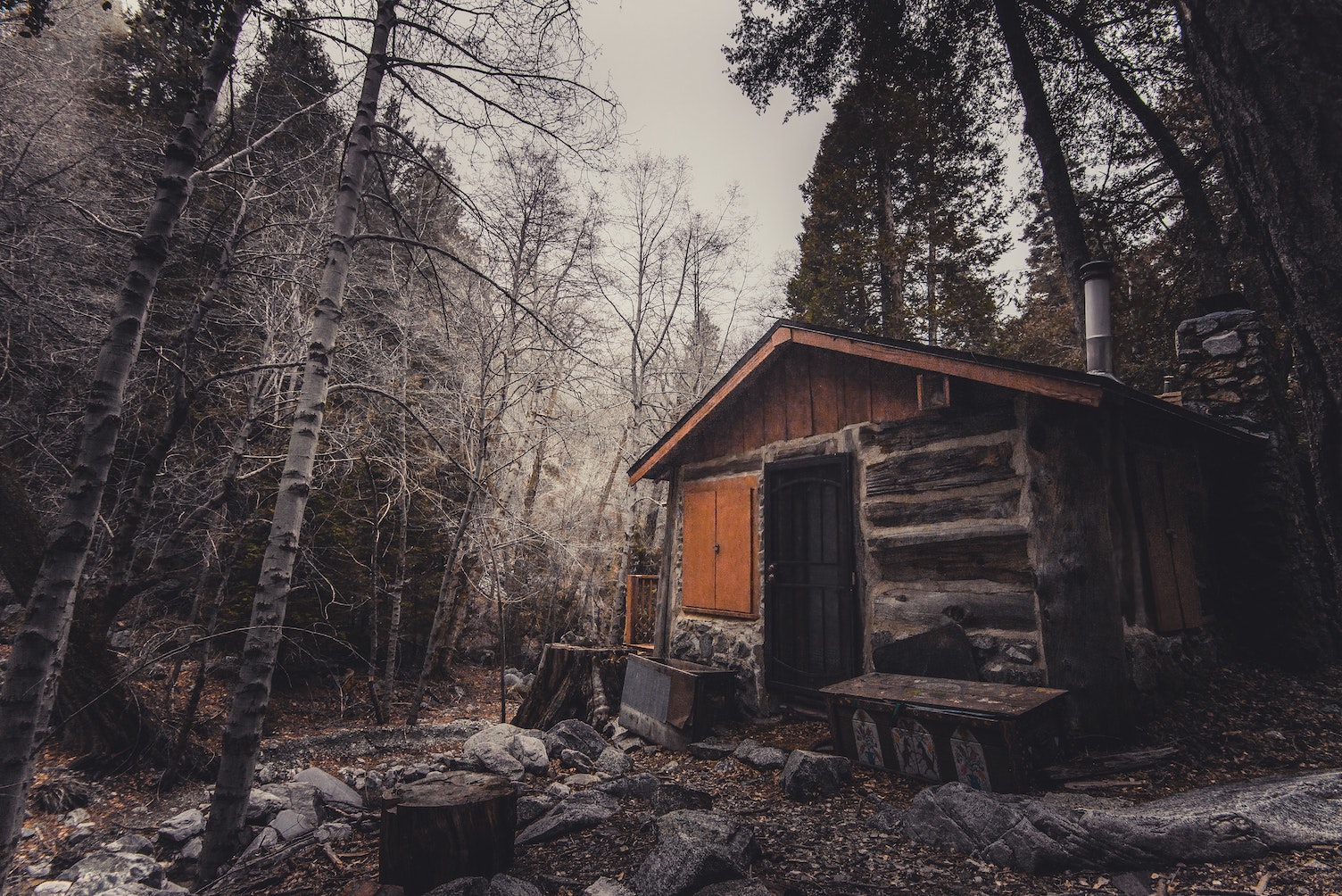 “Are you ready for it?” Ava asked Emma for the last time. Emma shut her eyes, nodding to Ava. Emma was always the audacious sister between the twins. Ava took her cigarette lighter out of her pocket. They were in the basement of the house. It was their place, a place where they felt safe, a recluse from their aggressive parents. They had lost their mother at birth and their father had remarried. Their step mother didn’t like them, felt they were using the place which they had no right to. Last night, she had asked them for two hundred bucks a week for living under their roof. What hurt more than this, though, was that their own biological father was in on this, smiling and nodding at his wife’s demand.

They were used to their father’s beatings. He would often come home drunk and beat them up for no apparent reason. But this was over the top. A life lived in fear finds ways to break out, to extract revenge. It was 3 am in the morning when they finally decided to break out of this life. Emma grasped Ava’s hand, burned the lighter they had so often used to burn away their frustration after long nights, and ignited the gasoline they had poured all around the house. Watching the huge bonfire of their house, this was the day they had decided to burn away their fears permanently. They walked through the chilling woods towards the closest town, the fire fading to a small light with a tower of smoke in the background.

They hadn’t planned this in advance. It was something they did in the heat of the moment. Yet, it was something they believed, they should have done a lot earlier. Break away from the false bonds of the family their father had created. They slept on the bus stop and woke up to a chattering crowd around them in the morning. The news of the fire had spread. It wasn’t yet known how many had died in it, or what caused it. But everyone believed all four occupants to have perished in it. Still, they were afraid. It wouldn’t be long until someone recognizes twins roaming around the town with no place to go to and start asking questions.

They started walking with their heads down with the fear of being recognized. Their silence was like an undecided pact, as if talking about the deed aloud would make it come true. They knew they had to part ways if they were to survive in this world. Even though they didn’t have any relatives and every photo of them was burned in the fire, it was still just a matter of time when someone would recognize twins. They decided Ava would leave town and try to make it on her own in the city 500 km to the north. Emma, the more responsible and decisive one, would move in the opposite direction, trying to find work in the first place she comes around and try to help Ava by sending over some money when she can. They decided to meet after a year at the place they started their life, the burned out site of their father’s home.

In the one year of their separation, Emma managed to find a good job and made some friends at work. Ava, on the other hand, was lost without her sister to take care of her. Emma did send her money regularly, more than she even kept for herself. She loved here sister and wanted to make her life as good as she possibly could. With the money coming in, Ava became much more irresponsible though and started using drugs to fight her despair.

Emma was happy, excited for today and why not — she had waited one year for this day to come, excited just like a kid waiting for his candy. Today, she arose before dawn, got ready and bought Ava’a favorite flowers and left for the rendezvous point. Little did she know, Ava was not coming. It was six o’clock in the evening until she realized Ava wasn’t coming. She decided she would wait another hour for her sister. Eventually, she had to leave as it was getting dark in the woods and she didn’t want to be walking back alone with only the moon to light the way.

Emma lay awake all night, thinking about her sister, about the reason that could have kept her from their rendezvous. She couldn’t imagine Ava missing this meeting for anything — Ava was like the blood to her heart, neither could function without the other. What if someone was following her, Emma was thinking, and she did this to protect us.

Worse, still what if she is in trouble? She had so many questions but no answers. At the end, she decided to wait for Ava to contact her. She had faith in her sister to always do the right thing and she was optimistic about the outcome.

Ava, on the other hand, was getting wasted with the drugs. She was moving from one place to another, anywhere she could find a needle to push those toxins in her body that took her on a choo choo train to heaven. She knew, in her heart, that she had betrayed her sister. But once the drugs take hold of you, its hard to get out. It’s like a vampire biting at your neck, it draws power from you, but keeps you hypnotized while at it so that you want for more even if it ends up killing you.

On one fine Friday night, Dr. Buttons and his wife went to have an Indian dinner. As they were going to back to their home from the restaurant, they saw some girl lying on a roadside unconscious. They have been trying to have kids for a couple of years but at this point, they have left everything in the hands of God. The desire to have a child never goes away. Dr. Buttons took Ava home. Mr. and Mrs. Buttons took Ava under their wing and were looking for their child in Ava. It is very difficult to get back from the jaws of drugs. Ava was getting restless in Button’s house when she messaged Emma. Nowadays, everyone is on Facebook and it was easy for Ava to find Emma. Ava asked Emma to meet at the rendezvous point the next day.

Emma reached the rendezvous point excited to be finally meeting her sister. Ava came a bit later. They were so happy to see each other. Emma lifted Ava up, hugged her back, and smiled through her tears of joy.

“You look exactly the way I imagined you’d look”, Ava said to Emma looking down.

“Duh, I look exactly like you.” Emma said loudly. Emma knew, though, that she didn’t. She could look through the happy face Ava had put up. She knew something was eating her up. They started telling each other what they have been through. “Are you hiding something from me, sister?” Emma saw through Ava.

“I need Fifty thousand bucks. I swear I will stop using drugs. I will go far away from this country and build a new life.” Out loud, Ava said. “I don’t have that amount of money and I can’t give you which I don’t have.”, Emma responded. “I know, you are a princess now.” “Either give me money, or I am going to the police. If I am going down, I am taking you with me.” At this point in time, Emma had no other options. “Ok, I’ll give you the money”. Emma said to Ava to calm her down.

Emma was shocked to hear this from her sister. What had happened in the past year? How could she have filled up with such hate? She loved her sister and expected Ava to love her back.

Ava jumped with joy on being told so. Emma put on a fake smile.

“Let’s do one thing we always used to do”. Emma asked Ava. “Hiking?”, chirped Ava. “I have got my boots with me and brought one for you.”

They started a pleasant walk in the woods at twilight and started telling each other about what they have been up to. Emma lit up a cigarette as they were hiking. With over 3.5 miles of hiking, Ava wanted to explore a cafe on top but Emma insisted on following the trail for another 30 mins to reach to the top of the cliff.

Ava was cheerfully singing when she suddenly felt a push. Emma pushed Ava off the cliff. As Emma was falling, everything around her got blurred when she hit a rock at the base of the cliff.

“In the age of Facebook, Instagram; Emma wondered, how did Ava know she is a princess now.”